The cybersecurity job gap is growing. With over 1 million job openings in the field this year and rising, professionals are in demand around the world. How can someone make sense of and keep up with the breakneck pace of the information security job market?

Whether job hunting or hiring, the rapidly changing landscape is much easier to digest with Cyberseek.org, a newly launched website backed by a public sector-private industry partnership, that aims at delivering a vast amount of valuable information on where the security jobs are, how to get them, what career tracks are available and how much money people can expect once they are hired.

The resource provides a holistic overview of a notoriously quick industry, which is forecast to grow from $75 billion in 2015 to $170 billion by 2020. What Cyberseek accomplishes is no small feat, especially for those just starting out on their career path.

“Technology has moved so fast over the last couple of years that there’s always a little bit of a lag between when skills are demanded and when training programs and college programs and certifications can catch up,” Tim Herbert, CompTIA’s senior VP for research and market intelligence told CyberScoop. “There’s also a much greater use of technology across all sectors. The tech sector is the biggest employer of tech skills but we’re also seeing hiring in manufacturing, healthcare, financial services and down the line. There’s simply more demand relative to supply.”

Cyberseek has two primary components: One is a comprehensive analytics tool detailing supply and demand for cybersecurity jobs and the other is a career pathway aimed to teach job seekers how to map out the next steps toward a career in cybersecurity. 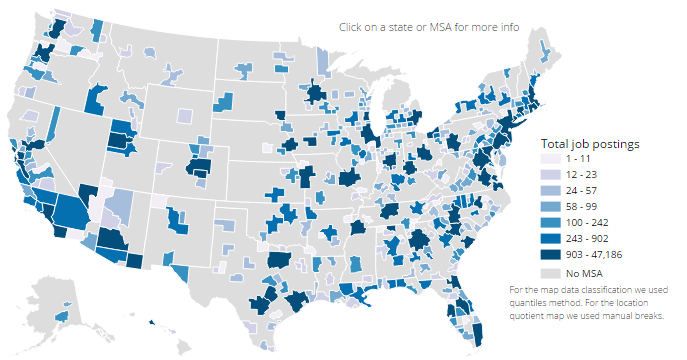 Cybersecurity jobs have grown 91 percent from 2010 to 2014, according to Burning Glass research. That’s three times the growth rate of IT jobs overall. It’s expected to grow another 37 percent from 2012 to 2022, the Bureau of Labor Statistics Occupational Outlook reports, far outpacing the overall job rate. That number may go even higher as 74 percent of businesses say cybersecurity is a greater concern than it was two years ago, according to CompTIA research.

The pay is higher too, even when compared with other tech jobs. Cybersecurity beats out IT salaries as a whole by nine percent. 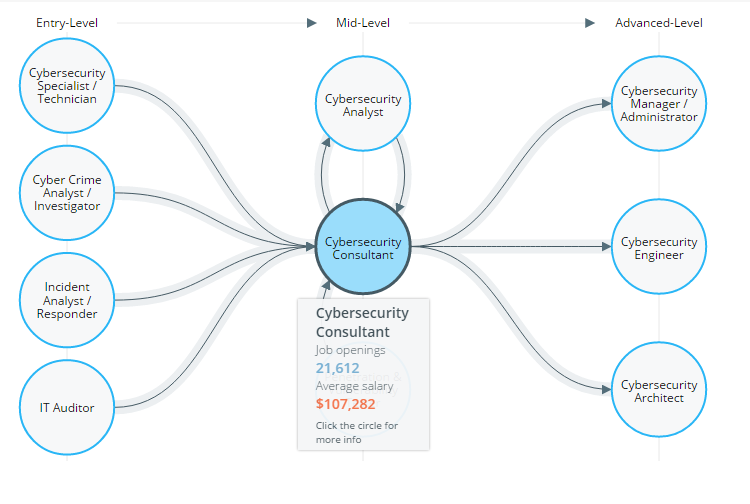 by Sean Lyngaas • 16 hours ago
Government

by Shannon Vavra • 2 days ago
Government