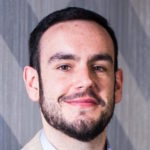 Billy Mitchell is FedScoop's managing editor covering innovation and emerging tech in and around federal government. In addition to helping produce FedScoop's daily editorial coverage, he also follows the IT news of several civilian-facing federal agencies, including the Department of Health and Human Services, the General Services Administration and the Office of Personnel Management.

Contact the reporter on this story via email at Billy.Mitchell@FedScoop.com or follow him on Twitter @BillyMitchell89. Subscribe to the Daily Scoop to get all the federal IT news you need in your inbox every morning at fdscp.com/sign-me-on.

Prior to joining FedScoop in early 2014, Mitchell embedded himself in Washington, D.C.'s tech startup scene for a year as a tech reporter at InTheCapital, now known as DC Inno.

Before arriving in the nation's capital, Mitchell covered Kentucky's gritty judicial system and law enforcement community as a Kentucky Press Association award-winning crime and courts reporter for the Kentucky New Era. He also freelanced for the Leaf Chronicle, a daily in Clarksville, Tennessee, and the Nashville Scene, an alternative weekly tracing the counter culture of Music City.

After earning his degree at Virginia Tech and winning the school's Excellence in Print Journalism award, Mitchell received his master's degree from New York University in magazine writing while interning at publications like Rolling Stone.

When he's not head down in copy or out talking to CIOs about their newest IT initiatives, you can probably find Billy at a concert, rooting on his beloved Green Bay Packers, trying to hit small, dimpled white ball into a hole, or attempting to brew the perfect tasting beer.